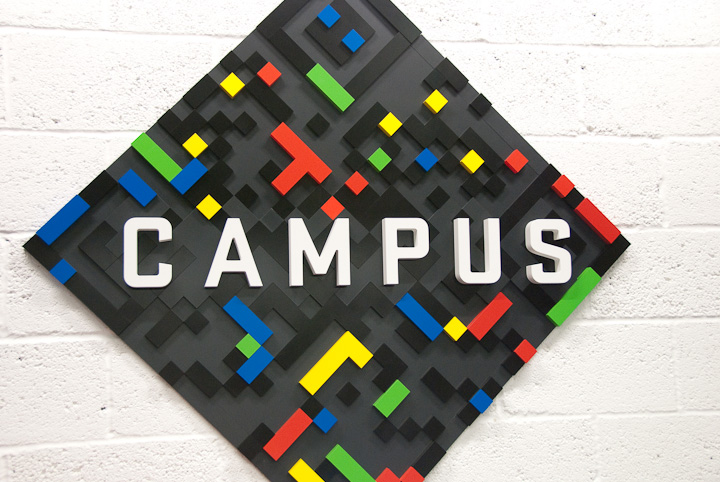 Today I was at the Girl Geek Meetup conference. I didn’t advertise it much because I’ve said in the past I don’t really agree with women-only events, and actually I felt quite uncomfortable telling you guys I was going to be there, knowing the majority of my readers weren’t allowed to attend.

It’s probably worth explaining why I went, so a) I can give you guys and excuse but b) conference organisers can see what people like me are looking for in a conference.

The primary reason I went is because the new Meet a Mentor programme I’m involved in does not have a lot of women mentors. This is simply a numbers game - when you don’t have all that many people signed up to be mentors yet, and you have the “normal” proportion of women in that group, you’ll be lucky if you get one female mentor turning up at these events. Since one of the things we want to showcase to undergraduates is diversity, it’s pretty important we get all sorts of people involved, not just mining from the usual suspects in the London Java Community. This was a good conference to target since a) the attendees come from different technology and industry backgrounds and b) yes, sorry, we want more women doing it.

Don’t knock it till you’ve tried it

I’ve said before I don’t think all women events are the way forward. But I haven’t been to one for a long time, and I firmly believe you shouldn’t say bad things about something unless you’ve tried it out. So I wanted to go to see what the advantages and disadvantages of an event like this were. If I had a terrible time, at the very least I would have material for the blog. I also feel like I have a bit of a responsibility to spy on these things, since my male colleagues cannot. 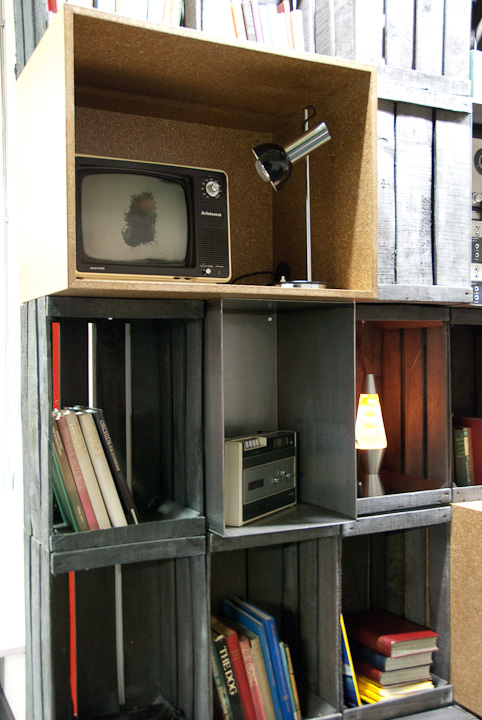 Similar to the Meet a Mentor goal above, I wanted to meet some different people. I’m getting comfortable in my particular circles, and I’m starting to meet some of the same people at various events. This event was based in the very start-up friendly Shoreditch, and didn’t target a specific technology or business, so it gave me the opportunity to meet new people.

They gave me a platform to rant

I only really felt comfortable agreeing to go when I was invited to participate in a panel about whether all-women events were useful, or if they created a Girl Ghetto. Knowing I could publicly voice my opinions on the subject at one of these events made me much happier to attend.

And actually… I had a very good time! It was refreshing to meet new people, especially because they’re mostly in different technology and business spaces. I was really inspired to see the number of entrepreneurs, and people working for startups. And I loved the range of ages, the diversity of people’s backgrounds (ethnically, educationally, geographically…), and the fact that everyone bothered to come out on a very rainy Sunday to learn stuff and meet people.

It did feel different to “normal” conferences. However. I personally do not believe this was because it was an all-women event.

The LJC Open Conference last year had a very different feel to JAX London and JavaOne - it was more intimate, easier to wing-it in presentations, friendlier. You could chat to pretty much anyone over the coffee. You could smile at random people. These are all the same things I felt about GGM today.

I can’t help but think this atmosphere of supportive learning and collaboration is at least partly a function of things like: 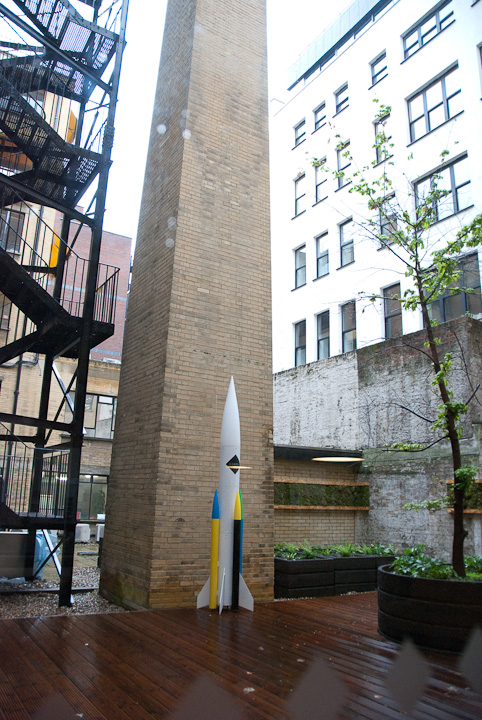 I wanted to get a feel for if these awesome women were only going to events like these, and weren’t going to “normal” conferences. I think it was a mix. I don’t think (and I could be wrong) that people were coming to this because there were no guys. I think they were coming because they were invited.

Someone mentioned that a conference organiser once told them they have to ask a man to speak at their conference at most two times. They have to ask a woman up to seven times, to overcome their concerns and reassure them that they really do want them. I wonder if women also need to be asked several times simply to attend conferences? This would make a lot of sense - about 15-20% of the technical workforce are women, but around 5% of conference attendees are women. It’s possibly that by the time women have been invited to, or told about, a conference enough times to make them want to go, it’s totally sold out. Do we need to very explicitly invite women to our events? Show them we really want them? Multiple times? And this is just for attendees, not even speakers.

I’ll come back to some of this.

I presented on four occasions - yes, I was so greedy for fame that I actually had almost no time to talk to people or to see anyone else’s sessions.

Why Open Source Your Secrets

A different spin on the Disruptor, when I answer the number one (well, number two actually) question: why did we open source it?

The slides are pretty simple and I’m not sure there’s a lot of value in putting them online without the talking, but if anyone’s interested I can either shrink it to a lightning talk at one of the LJC events, or attempt to expand it into a fully-fledged presentation

What it is, what’s involved, what’s in it for you. This is all material that needs to live somewhere on the interwebs so I promise to link to it as soon as it’s available. If anyone is interested in a really lightweight process for mentoring university undergraduates, drop me a line and I’ll try and tell you all about it.

This is the session I was most nervous about, since with Annalisa in Nepal and me in Seville, we didn’t actually get a chance to talk about what we were doing, let alone rehearse it. However I think it went really well - at the end of it, the folks who saw it said they had a better understanding of the use of technology in the banking/finance world, and I think it’s a great way to show how computer science can truly be applied. We’d love to run this as a full talk somewhere.

Panel: Women-only events - are we creating a Girl Ghetto? 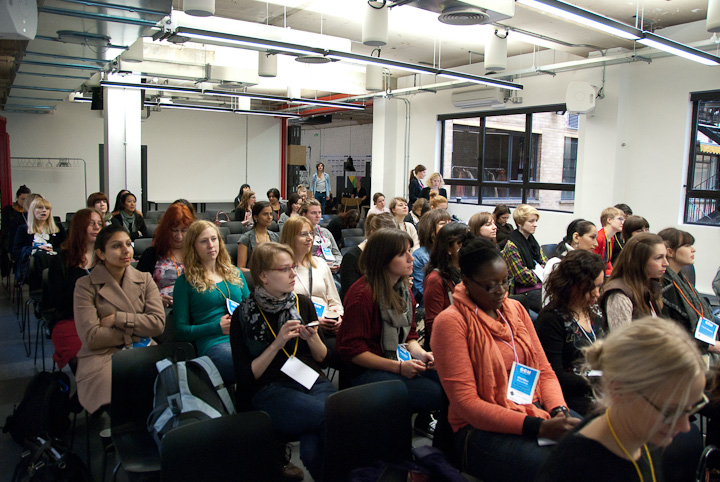 Oh my goodness, all these women!

In which I get to say that I think it’s grossly unfair we do not allow men to this event. In which I state that this behaviour is sexist and (in my mind) unhelpful. But in which I also am told that women are still either a) experiencing alienation/sexist behaviour at conferences (thankfully it seemed like a limited amount) or b) feel like there are issues around boys club, macho posturing males, and thought if they presented at a conference they might get questions designed specifically to make them feel stupid.

I think this is a very important point - even if none of this is happening, even if these women have never experienced this themselves, they think it might be happening. Also, please note, these issues do not affect just women. These perceived problems are stopping less confident men from attending or speaking at these events.

What can be done about these things? My answer is, it’s up to us. The women, the less confident, the non-posturing non-alpha males, to make the changes we want to see. And I can’t claim all the glory for that answer. When, during my very short stay at ThoughtWorks, I complained to Martin Fowler that GOTO 2011 was full of white, male speakers, he said to me, why don’t you speak then? Of course I said “who, me??”. I didn’t think I had anything to talk about. After attending a few conferences I realised that doesn’t stop people. And I realised people have to start somewhere. And you have to start by doing some poor presentations to practice - you can’t instantly be awesome. It takes time, and practice, and Barrack Obama didn’t come out of the womb knowing how to make an impact during a speech. And guess what? This year I’m speaking at GOTO Copenhagen and Amsterdam.

So my answer is, you want something? Ask for it. You want more women presenters? Volunteer. That panel is full of men? Find out who organised it and what you need to do to be on it next year. It’s down to us. Not to the conference organisers. Not to some great beneficent them. The responsibility is ours. But it’s better than that - the control is ours.

Only you know what it is you want. Only you can speak for you. Not for all women; not for all white/black/purple people; not for all straight/gay/ambivalent folks; not for all geeks. The question isn’t “What do women want?” but “What do you want?”.

I think I saw some lightbulbs go off in the audience. I hope so. These women were all awesome, they have a lot to share with the world. We all do, even the tiniest experience, the smallest thing we’ve learnt is something someone else might not know yet. Let’s get out there and share it.